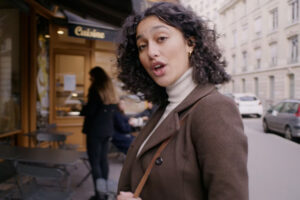 Netflix released the much anticipated second season of Emily in Paris. Playing off the fact that Emily never bothered to learn French in Season 1, Duolingo hijacked the moment to create buzz around their French module.

In real-time (on the day of the launch of season 2) we called out Netflix on all of Duolingo’s social media channels with a post and a film featuring five Emilys based in the City of Light, begging Emilys around the world to learn French if they are planning to live in Paris. They lament how the show’s success has made ‘Emily’ synonymous with ‘cliché’ and beseech all Emilys worldwide to reclaim the dignity of their name. Which is why Duolingo offered 1 month of Duolingo Plus to learn French for free in the 48 hours following the launch of Season 2 if your name was Emily.